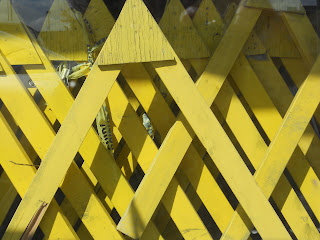 Ms. Pacman in the casino with a dumb phone 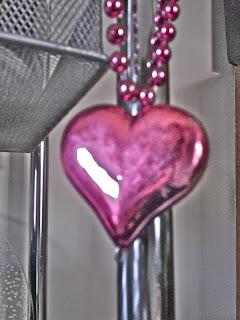 One of the necklaces that my friend Ken
(Hi, Ken!) was handing out at a World
Fantasy Convention some years ago.

I bought a new phone last month. Actually, I bought 2.

Tale of the first. I have (had, well, still have, because it is in my possession, though it has been decommissioned) an old smart phone with a battery that lasted about 5 minutes. It used to have a good battery but I think I partial-charged it a bit. Then I got a new battery & was very good about fully charging. Apparently it wasn't much of a battery to start with, so it quickly deteriorated. Rather than get another battery, I decided to get another phone.

Now, I didn't use the smart phone features. I don't text, unless required to. I don't have a data plan. I can look things up & have the world at my fingertips when I'm at my laptop. I don't think I -- & perhaps most of us -- need that level of connectivity. It can interfere with a different sort of connectivity, which is to be in your own body, experiencing your own sensory input & feeling your own feelings.

I decided to take a baby step backwards with a new phone. Yes, a flip phone. (I know what you're thinking: do people still use those?) That lasted about a week, & then I dropped it once, from a not very great height & the back flew off & the battery flew out & I hied myself back to the AT&T store to pay the $35 restocking fee & get the flip phone's burly, robust, older brother.

Lest you be mocking me, I find that it is actually quicker to navigate on the dumb phone. (Think shortcut keys rather than drop-down menus.) I love my phone, & it's water resistant & shock resistant. Take that, Android. Kiss my grits, iPhone. Grin.

I had a lovely Mother's Day. Drove down to the casino at Cherokee & played in the Sunday tournament. Attendance was lighter than usual. I guess the "take your mother to the poker tournament" movement hasn't caught on yet. It was only a $60 buy-in, so I got to pay for it with the $75 I won at my cash game the previous Monday. I made the final table of 10. The top 3 or 4 were getting paid. Then, on the second hand of the final table, I was sitting in the big blind with 10 7 of diamonds. No raises, so I checked to see the flop. 8 9 Jack. I had flopped a straight! I put in a little "trapping" bet of $1000 to get some action. Everyone folded except this one guy who raised it to $2000. Excellent, I thought. He's probably got a Jack. I went all in. He called. I was ecstatic--until I saw that he had a Queen 10. He'd flopped the higher end of the straight. No Queen came, which would have given me a chopped pot. I went home with 10th place & a story. I couldn't have played the hand any differently. I laugh, thinking about my "trapping" move. It was like Ms. Pacman trying to trap one of the Doom guys who had a bazooka.

Blog alternative:
260. Turn off your smart phone for an hour or two. Or leave it home. Take a walk. Hug a tree. Pet a flower -- but not a bee.

Posted by Laurel Winter at 9:36 AM

Into the green heart of you 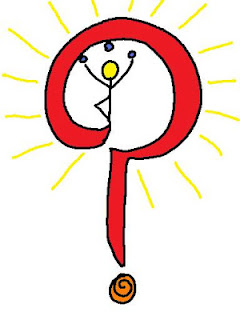 A few days ago I got a lovely email & have been savoring it. My poem is in several literature textbooks (check out YouTube even, to see student projects based on it) & I appreciate the feedback I get.


... I teach 9th & 10th grade English at a small school in Oklahoma.  I wanted to let you know that for the past few years, I've included your "Egg Horror Poem" in my poetry unit.  My students always love reading it.  Sometimes I ask students to choose a poet and then create a poster about that person.  They are to include biographical information, examples of the poet's work, and their own original poem created in the same style as their poet.  Each year when I've done this you are always chosen by someone as their "favorite," along with Emily Dickinson, Dorothy Parker, even Shakespeare.  I wish I'd had time to do the poster project this year, but unfortunately the year got away from us, but I did want to let you know how much we love your poem. I was happy to run across your website this morning (today was the day I introduced a new class of students to your poem) and thought I would let you know that your work is appreciated.  Thank you for sharing it with all of us.

Thank you, Ms. Wallace, & all your wonderful students. If any of you ever want to take a picture of your poster & email it to me, I'd love to see it!

I have a new project -- to be revealed later -- that is enhancing ALL of my projects, even those that have been backburnered (read: sorely neglected).

Must get back to it -- & to this lovely day. Springtime in the mountains. Delicious.

Blog alternative: (For new readers, I believe in living ones life with less screen time & more green time.  By green, I of course mean getting out in nature, but also creating, experiencing, doing & being. I wish for all of us lots of me-ing & less checking up on anyone who isn't physically inhabiting our skin. Hence, a suggestion of something to do rather than reading blogs & facebook & such. Delivered, ironically, in a blog.)
259. Make a poster inspired by a poet or a poem.

Posted by Laurel Winter at 7:16 AM