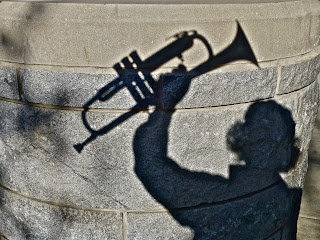 Awesome Possums vs. the Chicago Manual of Style


Greetings, Octoberlings! T'is a fine month, one which--28 years ago--ushered in a couple great people. I speak of my sons, of course, who have been happy-making the planet ever since. Rock on, bright beings. 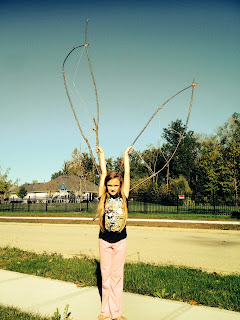 I do not know which month brought Viola Grace into being, but here she is with wings inspired by my novel. She & her friends have decided to fashion practice wings while waiting for theirs to grow in. She is also a whiz on skates & that may be what launches her into the stratosphere.

So many lovely people on the planet!

Inspires me to exclamation points.

I've managed to busy myself into the middle & a bit of this fine month. Working on a new project which has me all jazzed up & accomplishing it both steadily & in leaps & bounds, which is superfun. (Or, as I like to say, "Awesome possum".) I'm experimenting with punctuation, as one of the standards (Chicago Manual of Style, I believe--I'll have to ask Cathy) does it differently than I have lo these many years. Used to be one put periods & commas inside any quotation marks, even those that didn't engulf the phrase or sentence. But kids these days are doing some newfangled thangs. Let it not be said that I can't learn a thing or three. (Might grumble a bit while I'm doing it.) I am also pretty sure the Chicago Manual of Style would stomp all over this paragraph with its grammar storm trooper boots & issue me multiple violations. ("Put up yer dukes," I say. "You can even throw in yer duchesses. I ain't askeert. Whatcha gonna do; give me a paper cut?")

Speaking of wings, I saw 3 youngish women (twenty-somethings? maybe flirting with thirty?) looking at Halloween costumes at Target. One was trying on some adorable white wings that would have been perfect on a second-grader. It didn't help that she put them on upside down...

Blog alternative:
270. Go somewhere & try on Halloween costumes, especially if they don't fit you. Put a little girl's ballerina skirt on your head. Maybe a ninja turtle mask on your bicep.