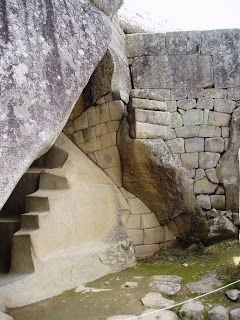 at Machu Picchu, where I didn't
work on Suzuki England

So I'm kinda sorta doing this Next Big Thing blog tour, which is a bit like a chain letter (I hate chain letters) in that you're supposed to get 5 more writers to do it & they're each supposed to get 5 more writers & pretty soon there will be world domination of all blogs as people who didn't even know they were going to be working on a book quick began to write one so they could get in on it. Grin.

Except I don't have 5 writers, because I checked with about 7 of them & a bunch of them didn't get back to me & of the ones who did only one wanted to do it & since it wasn't fun for me to try to get people to take over the world 5 blogs at a time I quit trying to get other people to do it. So, Cathy Tenzo & I will do it ourselves & whoever else Cathy gets to play, if anyone. It was just fun for me to fill out the questions for my books. If anyone wants to play & would like to be announced on my blog, let me know. I won't insist you have other conspirators.

1) What is the working title of your next book?

The Secret Life of Suzuki England

2) Where did the idea come from for the book?

I was driving toward between Pueblo and Denver on a road trip (I love a great road trip) and there was a lot of construction. Ahead of me was a little 4x4 with Suzuki written on the spare tire cover driving the way I like—safe following distance, not speeding in the construction zones and speeding just enough when we could—so I was hanging with it. Then we all ground to a dead stop. We were in the left lane, and there was one of those trucks that says “England” in fancy font on the shiny back door next to my pet 4x4. “Suzuki England,” I mused. (We were stopped for quite a while, so I had plenty of time to muse.) “That sounds like a good name for a character.”

Many years earlier, I had an idea for a character who writes poems on the soles of her shoes. I’d been waiting for the right character to show up and I decided Suzuki England was definitely it. That was all I knew when I started. I wrote a few hundred words, killing Suzuki’s mother in the process, and then started brainstorming some possible things about her, settling on “three quarters elf.”

3) What genre does your book fall under?

4) What actors would you choose to play the part of your characters in a movie rendition?

Chloe Grace Moretz (from Hugo) would be Suzuki England. Her mother: Anne Hathaway. Her father:  maybe Hugh Jackman. First and Second: Shia LeBeouf. (Perhaps he’s a tiny bit short for the role, but I really like him.) The scary aunts: Cate Blanchette. Nicole Kidman. Julia Roberts. (How often does she get to play a less-than-good character?)

5) What is the one-sentence synopsis of your book?

After her mother is killed by a swarm of yellowjackets, Suzuki England heads into the world with the ability to render herself invisible and a mysterious map that leads her to the knowledge that she is three-quarters elf—and may not survive the encounter with her newly-discovered elven family.

6) Will your book be self-published or represented by an agency?

Hopefully the latter. I have a revision request from an editor I’ve worked with before and definitely need to get on with it.

7) How long did it take you to write the first draft of the manuscript?

Six months. I invented the 2-sentence-a-day rule at about the time I was beginning to write Suzuki (if I am recalling correctly…) and only missed two days in that whole period, both when I was in Peru, seeing Machu Picchu and such. (I give myself a pass for that.)

8) What other books would you compare this story to within your genre?

A Wrinkle in Time by Madeleine L’Engle has the same sort of traveling-between-worlds energy. War for the Oaks by Emma Bull, perhaps a bit.

9) Who or what inspired you to write this book?

Suzuki England herself inspired me, as she appeared and evolved on the page. Her journeys inspired me. Wondering what would happen next inspired me.

10) What else about the book might pique the reader's interest?

Suzuki England is one of my favorite sorts of characters, the kind who accomplishes more than she otherwise would because she doesn’t know she’s not supposed to be able to do that sort of thing. Poetry as a plot element is something different.

To see how Cathy Tenzo answers these questions, go to

To completely change the subject, did anyone else notice the Modigliani painting in the new Bond movie, Skyfall? It got quite a lot of screen time.

Blog alternative: (which, in case anyone is wondering, is a suggestion for people to do other than reading or writing blogs & other web stuff...)
244. Wear a crown around the house--or even around town. You might have to make your own, if you don't have a tiara handy. A paper grocery bag has pretty good crown consistency. Burger King, of course, has crowns aplenty. Also, you can get plain brown crowns at craft stores. I got one at JoAnn fabrics that I'm going to collage. 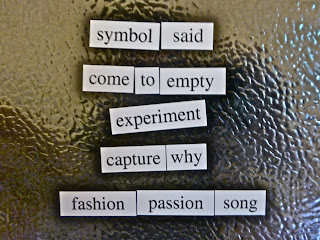 I thanksgivitated in a most beneficial way, with walking & talking & a modicum of eating. Way more than walked the calories away. Yay, metabolism. Bought some rotisserie chicken that turned out not to be done. No damage from eating a piece, but we did boil the heck out of it to increase enjoyment & health benefits.

Last night I won $18 playing poker. Fun was had. More fun today, at a vitamin-ish store: I chose my stuff & asked the clerk if it was likely that I had a discount home on my email, which I'd forgotten to check. He said he could take care of it at the register, his words, "I'm only doing this because I think you're adorable. You have really good energy." I told him he did, too. Plus he was about 20 years younger than me. Nice to get confirmation from the universe that you're not the only one who thinks you're awesome. Grin.

Tomorrow I'm doing a blog based on a writing project, so I shall go put away some more papers & escort this cute little stinkbug outside & play with art supplies.

Also found out that Brad Parks, the one mystery writer I've sent fan mail to, has a book on Kirkus Review Best Fiction of 2012 List. Yay for my good taste. Read his novels in order. (I believe there are, sadly, only 3 so far...) (I know, I only have 1 so far. My bad.)

Blog alternative:
243. Write a fan letter, whether it's to your child or the author of a new literary find or a potter who made a great morning coffee cup. You can even write an appreciative letter to your dead uncle or perhaps to Modigliani.

p.s. yes, I know. Q-tips. I could pretend I was avoiding trademark infringement because "cotton swab" just doesn't have the same ring to it but actually--in 2 separate blog posts--I brain-farted.

Posted by Laurel Winter at 2:22 PM 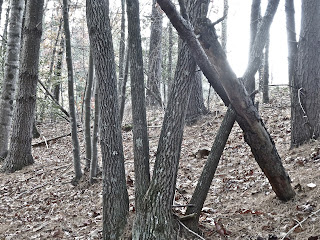 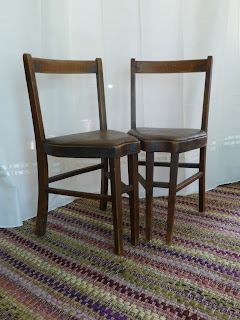