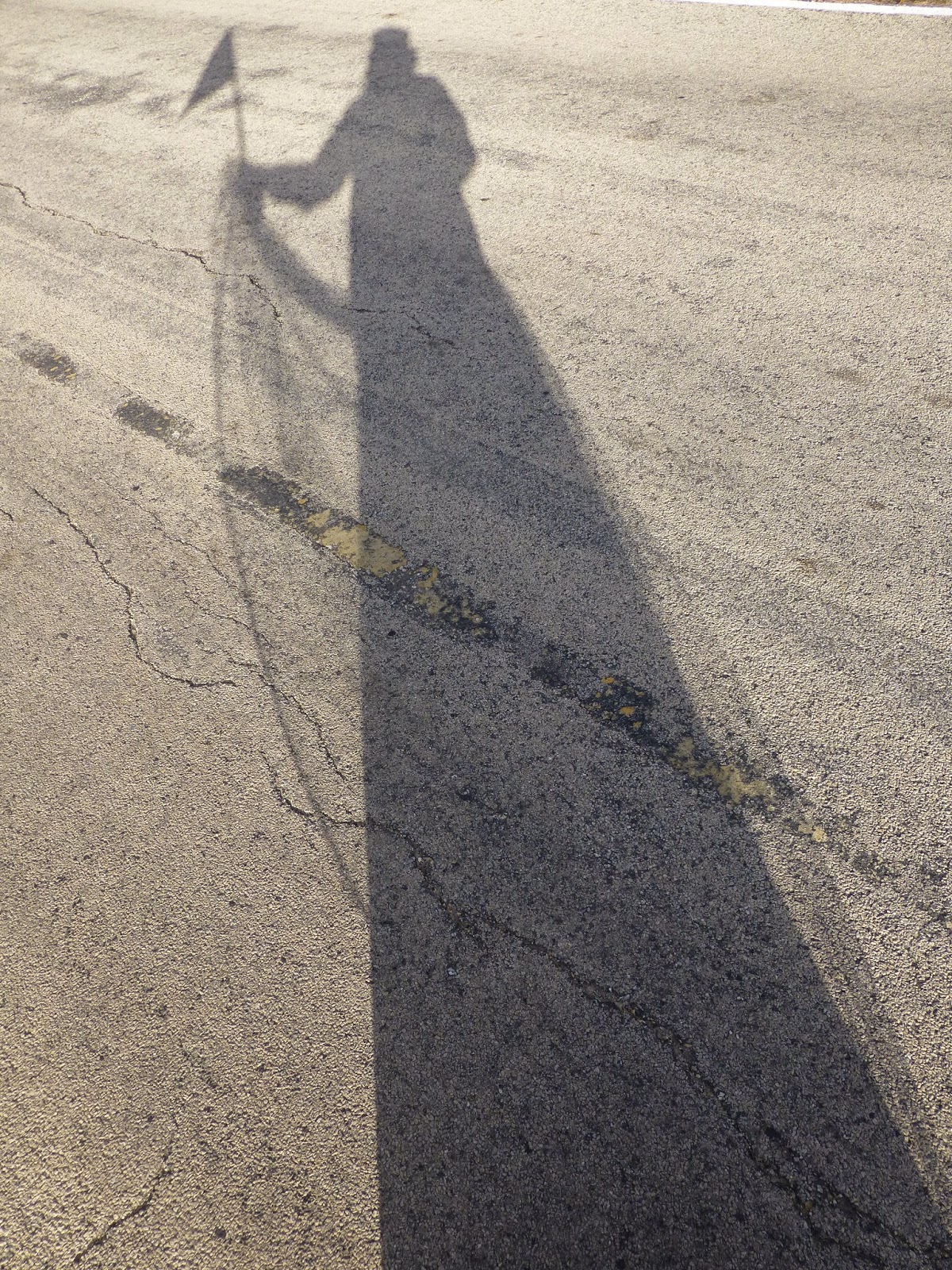 I know what you're thinking: What was a big old brown dog doing at the prom? (Or what was I doing at a prom, for that matter.)

There was no prom involved. It was the day after Halloween & I was a race marshall at the 5K turnaround point for the Running Lungs 10K-5K-2K. Good thing I had that extra layer of prom dress (skirt, actually) over my long johns & jeans, because it was 17 degrees when I left the house. "What?" you say. (I know what you're saying as well as what you're thinking. Bwaaa haaa haaa!) "17 degrees in Asheville on November 1st?"

Actually, no. I was (& am) back in Rochester, Minnesota. With a dog-slobbered prom skirt & all of my other possessions under one roof. In Asheville, I had a storage unit, which is probably NOT a healthy thing. It's like weighing several thousand extra pounds, but because you're not carrying it around with you, you never do anything about it. Oh, you go out there & poke around & pick things up & put them down & maybe deal with 3 items, but then you pull the door down & click the padlock shut & drive away with a sigh. When all the stuff is visible, you are far more likely to recycle & throw away & give away. (I made a trip to Goodwill today.)

Perhaps it wasn't the very best time to move north, as the temp lately has been in the negatives, wind chill wise, but hey, that just keeps you inside, working on organizing & creating. Plus right now I have a warm little dog on my lap, one of my grand-dogs. I am back in the Winter house. If you have to live in a house in Minnesota in the winter, the Winter house is the one. Passive solar, earth bermed, capable of leaping -- if it's a sunny day -- a winter temperature into the temperate range. (At least while the sun is up.)

The polar vortex is easing up & we're going to be a bit more seasonal by the weekend. Yay!

Blog alternative:
288. Put on a fancy extra layer to go out in, even if it's silly.