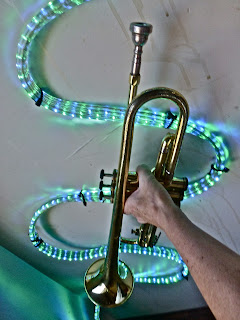 I want to be more than just a collection of good habits. I want more than just some superior flow charting (if this, then that). Once I said it this way: I prefer decisions to plans.

This can bite you in the butt a little, if you make decisions from a low place in your emotional range. But, carrying out a plan (There's an opening at my favorite gallery that I'd planned to attend) when you're not feeling it (I'm actually more interested in curl up time with a good book than hobnobbing with perfectly lovely people & free wine & good art) can bite you in the butt, too.

So, what to do? Sometimes giving yourself the true option is good: Well, I might not go, but I might, so I'll take a shower & dress up a little & maybe walk outside -- in the direction of the gallery -- for a bit before I decide what to do with the evening. You may find momentum carries you to an amazing time at the opening, or you may curl up in good clothes, refreshed by a walk, with that book. (The characters in your murder mystery may really appreciate the fact that you smell good.)

I'm Paul Graham-ing it a bit (did you read his essay about essays yet?) as I write this, coming to more thoughts as I explore the idea rather than having the complete blog post (gonna tell them that about this) in my head. There are things I want to accomplish in this lifetime, including curling up with good books & playing poker & writing good books & making good art.

I felt my way into a lovely adventure on Sunday. I'd gone out to my storage unit to find a particular piece of art (a lovely painting Leisa Luis Grill made based on a poem I wrote; part of the poet/artist collaboration from the Crossings Gallery in Zumbrota, Minnesota, some years ago) &, having found it & some of my own paintings that I've decided want to audition at coffee shops, was on the way home. The route I chose took me past the River Arts District Studio Stroll & I decided -- despite the fact that I hadn't combed my hair or put on eyeliner & was really dressed to visit a storage unit rather than art galleries -- to just pop into a gallery or 2.

This was in part inspired by the spectacular fall day -- around my favorite temperature of 63 degrees, with sun & a breeze -- that made me want to walk. "I'll just walk along this street," I told myself. "If I feel like I want to go into a gallery, I will."

Oh! I went into the Broken Road Studio, because I first went into another studio & decided I didn't really want to look at porcelain & the door from there led into the next gallery. "That looks like Stephen St. Claire's work," I said to myself. I was getting more & more excited, because I actually own 2 Stephen St. Claire paintings, purchased at Gallery Minerva some years ago. I waited until 2 guys had wound down a conversation & asked them if Stephen St. Claire was there. They pointed me to a guy sitting by the door & I immediately started gushing all over the hem of his garment & saying how I loved his work & I was a collector & blah, blah, blah. (But that's blah, blah, blah with exclamation points. & italics.) I told Stephen St. Claire that I frequently ask the universe for some delicious miracle & he was my present for today.

Anyway, that just goes to show how you can get into an adventure, even if you're not appropriately dressed for it. No pocket handkerchief? No eyeliner? Oh, well...

Today, I will pop off to GoodWill to buy some more forks. (They've been (not-so) mysteriously disappearing in our house. Today we found 2 spoons -- since the forks are almost all gone -- in take-out containers in the trash. Sometimes that's what happens when you have housemates...) So, off to find the elusive feral forks. I've already been to 1 GoodWill & 1 other thrift store that had either no forks or forks I didn't like. K-Marts forks were also not appealing. I don't mind buying 1 fork that's just okay, compared to other forks, but I don't want a whole set of them…

So, off into the world of forks & poker & ideas & adventure.

Blog alternative:
273. Dress for an adventure, even if there isn't one specifically visible on your horizon. Set out & see what happens.

Posted by Laurel Winter at 9:49 AM


Sometimes a blog idea is so meaty & juicy & succulent that it grabs you by the imagination & says, "Write me. Now!"

That is in part because of the nature of the idea. It all started when Derrick decided to release something that he'd had for a while. (He does this. A lot. There always seems to be more to let go of, but he's better at it than I am. Neither one of us can compete for a second with Nick & his 99 things, but that's not our intention. At least not yet.) What he released is a coffee table book of photos celebrating Life magazine's 75th anniversary. 75 Years: The Very Best of Life.

I'm going to take it to the Reuter Center, the Osher Life-long Learning Institute at UNCA, & leave it for someone else to take or just peruse. But, as he handed it to me, I said, "You're not as interested in the last 75 years as you are in the next 75 minutes."

It made me want to get out of my robe & into my jeans & Tesla t-shirt, even though I'm going to do some things here until later in the day when I go out to the library & the post office & to have tea with my new friend Harold (the one who confirmed that Paul Graham was stalking me) & talk about film making. (I have these screenplay ideas, see…) I could do all of these immediate things in my robe & jammy pants, but the idea made me feel so productive that a robe & jammy pants just wouldn't do!

The next 54 minutes. A super useful amount of time. Long enough to accomplish wonders, but not so long the idea of it makes you tired. Not even an hour. Even if you're a little older than me--say, 63 or 72 or even as old as Life magazine was when it made that inspiring book--it won't feel too onerous. Less than 2 hours! Just over an hour! Not even an hour & a half! Worlds can be begun in that time frame, but they can't possibly be finished, so there's no use worrying that you won't get it done.

I'm jazzed, but in such a sustainable way. So, on to the next thing. I've got 54 minutes, after all.

Blog alternative:
273. Think about the next (insert your age here) minutes. What might you want to do? What might you not want to do that you would have done if you hadn't had this thought? Sometimes the best action is to not do the very thing you were about to...

Paul Graham is stalking me 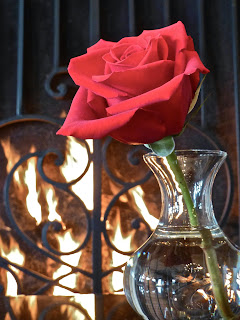 Yes, THE Paul Graham. It started subtly, when my son Nick sent me a Facebook link to a video of these two guys interviewing Nick & one of his business partners. I had to sign up for Facebook (again) to see it. (So I did. More about that later…) At the end of the video, as Nick & George were walking off-stage, the guys conferred for about two seconds & said, "Hey, guys, wait--you didn't know it, but that was your Y Combinator interview. You're in the next batch."

Anyway, I watched the supercool video a bunch of times before I read the accompanying verbiage, which stated the interviewers were Paul Graham & Sam Altman. Nick had previously told me about P.G., as he is also known. Paul Graham. The amazing Paul Graham. The brilliant Paul Graham.

So, that was the first sighting. I thought nothing of it, other than "cool, Paul Graham is giving Nick some money" & it was fun to watch, even the dozenth time.

Then, Friday night, the plot thickened. I went to the opening of the new juried photography show at the  Castell Gallery. Great photos, an architecturally-amazing space, free signature cocktails. Before I went, I said to the universe, "Universe, hand me some lovely miracle."

So there was this guy there with a cool t-shirt that said, I make things up. I said I liked his shirt & that I make things up, too. Not two minutes into the conversation, he brings up the essays of this guy, Paul--

I interrupted him, "--Graham."

My angel wings fluttered. So interesting. I called Nick on the way home & left him a message about the "coincidence" & told Derrick the instant I got in the door.

I've since read some of Paul Graham's essays, especially the essay about essays (you can find them all on www.paulgraham.com) & enjoyed them thoroughly, but I am extremely curious as to why Paul Graham seems to be stalking me. I don't have a start-up company. I don't code. Why, Paul Graham, why?

It's okay, really it is. If I had to have a stalker, I'd choose Paul Graham. For one thing, he lives in Silicon Valley & is much too busy funding promising tech companies to show up on my doorstep. For another, given his essays & how he interacted with my son, the fabulous Nick, if he did show up on my doorstep, I'd ask him in & give him the beverage of his choice. Anything I have in the house, Paul Graham, it's yours. I'd even read him poetry.

Now this is possibly beginning to sound a little creepy, but I promise I am NOT stalking Paul Graham. Nope, nope, nope. I'm just saying that if he wants to continue to stalk me, it's fine with me.

Oh--I promised to get back to the Facebook issue. I'm not a big social media fan. (Grin. Understatement.) I was on Facebook for about 5 minutes when people who weren't in college were first allowed to sign up. The second or third time someone said "You've been hit by a snowball. Pass it on!" I deleted my account. Haven't been back since. The link Nick sent me (before it was on his blog nickwinter.net) required me to sign up for Facebook. For this, & this alone, I was willing to do so. I skipped all the steps about finding your friends & creating your profile & such, but even so, I have friend requests--including at least 2 dozen churches. Did they see the empty profile & decide to want to fill it with God?

In case any of them have discovered my blog, I want them to know that I have a rich inner life & I'm sure they have plenty of friends. I know I do.

Periodically I tell people about the blog alternative. One of the reasons I don't get into social media is that I think most people--me included--spend more than enough time online, reading & writing emails, reading & writing blogs. Life is to be lived with all the senses & experienced in a more personal way. So I write a little suggestion of what you could be doing rather than reading this or any blog. (Ironic, I know, delivered in a blog post.)

Blog alternative:
272. Think about someone or something that's been turning up in your life, stalking you if you want to think about it that way. It could be a book 4 people have recommended in the past month. Even if no one or nothing comes to mind, imagine being stalked by Leonardo da Vinci or Amelia Earhart. (I'll even lend you Paul Graham, if you'd like. I highly recommend him.)
Posted by Laurel Winter at 10:09 AM