Hoorah, Oura (with a side of Pixel dust) 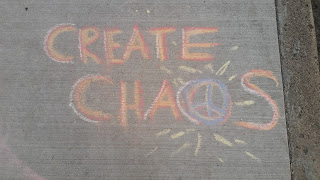 Hola from Thursday. Here's my little thing, another blog! I am the happy owner of a new phone, which I will have to use less than my old phone, because I carried my old Samsung S5 around as a fitness tracker, counting steps.

At the end of July, at Clark's first birthday party/Winter family reunion, I got an Oura ring, when Bruce & Helen got upgrades & passed theirs along. My old phone's bluetooth was not cool enough for Oura, so there it sat. But, I now have a feisty little Google Pixel 3. Apparently its bluetooth is copacetic, because the ring works just fine, telling me I sleep pretty darn well & I should get more exercise. Grin. Anyway, the phone can just sit around & wait for me to check in with it, since I don't have the compulsion to be reachable at all times...

I'm heading for my monthly poetry open mic (without a mic) tonight, reading a couple of the dozens of new poems I've written in the last few months & also a poem by Matthew Dickman, from All-American Poem, which is a completely delightful book. It was also a source of synchronicity for me, because my page-a-day quote calendar had stated: "More than putting another man on the moon, more than a New Year's resolution of yogurt and yoga, we need the opportunity to dance with really exquisite strangers." Lovely, I thought, setting that page aside to read again, rather than chucking it into the recycling bag. A few days later, I chose a book at random from the poetry section in the library, because I was almost done with the current poetry book I was reading for the Bradbury Challenge. Grab a book, open it, read part of a poem to yay or nay it. The Yays had it. Second poem in the book: "Slow Dance." More than putting a man on the moon... How cool is that!

Blog alternative:
307. Get out some sidewalk chalk & make an ephemeral mark.
Posted by Laurel Winter at 4:52 PM